That’s how that saying goes, right?

The other weekend I took the first course in my coaching journey.  Getting my coaching certificates has been something I have been wanting to do for the last year or so and I have officially started the process.  I don’t think I will be rushing to get them all and start a coaching business, more likely I will slowly take the courses over the next year or two while gaining more experience in the sport.

I’ve gained a lot of knowledge about training through self coaching and researching many of the topics I have talked about here.  And what is the point of gaining knowledge if you aren’t sharing it?  And becoming a coach is one way to gain more knowledge and to create more avenues to share that knowledge alongside this website.

The first step towards becoming a coach was to take the course in Training Basics which was held at the velodrome in Milton.  Oddly this was the first time I had been to the velodrome in the day time and I had never realized what a nice location it was in.  I always thought it was just in the middle of empty fields at the edge of new subdivisions, not at the foot of the escarpment.

Back to the course, the Training Basics course was more of an introduction to the basics of coaching in generally than to coaching cyclists.  We learned about coaching techniques, how to organize practices (training sessions), and discussed ethics and the legal side of things, stuff you don’t really think about when you are dreaming of your future coaching business.  All though most of what was taught could be applied to coaching in general, all the examples used did bring things back to cycling.

I think the biggest thing I took away from the course was that it asked us to think about our coaching philosophy.  While some of the other people in attendance were already coaching athletes and had develop a philosophy, it wasn’t something I had thought of yet. 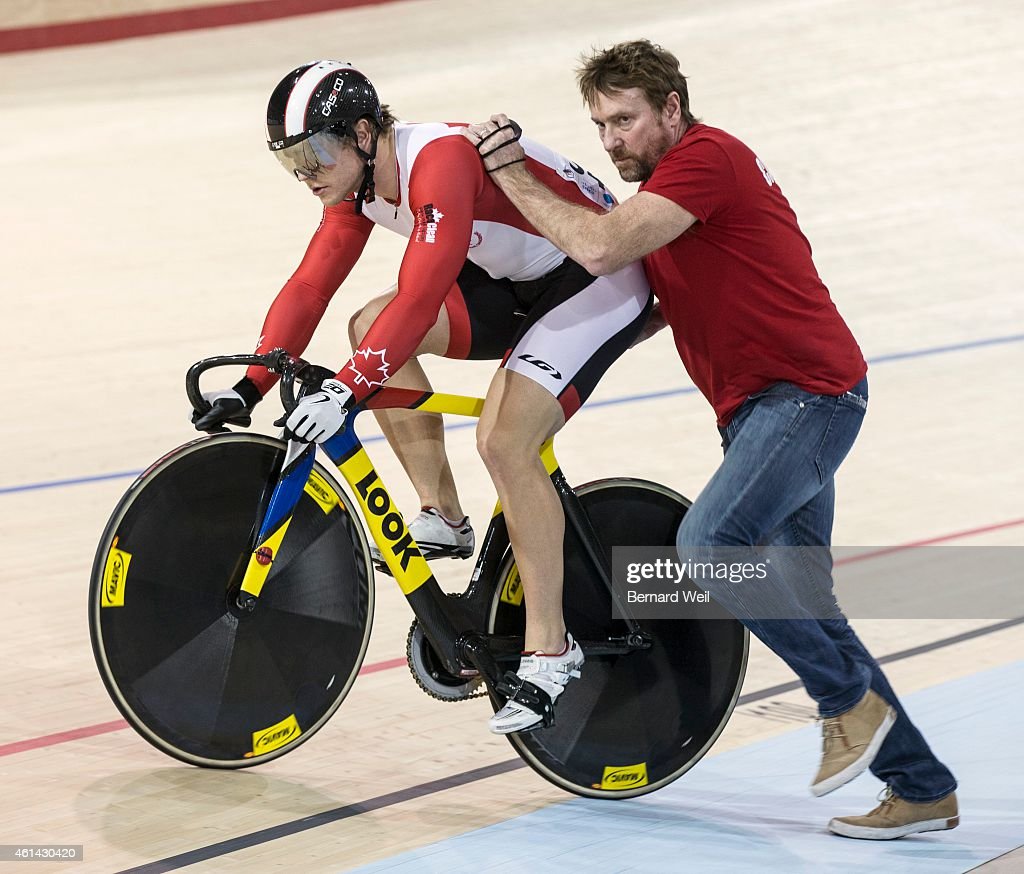 I wrote down a couple notes about somethings I want to do but I think the biggest thing I took away from it was that I realized that I don’t want to be the coach who just emails a long list of clients monthly or weekly training plans.  I’d rather work closely with a small group of athletes, maybe even juniors.  More one on one time and giving each athlete the attention they need and possibly molding some of the next generation of Canadian cyclists.

But I mean, if someone wanted to pay me to send them a training plan, I’m sure we could work something out….

I’m really excited to have started this journey towards becoming a coach and looking forward to what sort of opportunities it might open up.  I’m going to take every opportunity I can to learn as much as possible.  And who knows, maybe I’ll be coaching athletes sooner than I originally planned.  Maybe next winter, in some indoor training studio, or something.  Who knows.

For some free training tips, head over to the “Training” section of the site.